Manga and Its Genres

Manga are Japanese comic books made for all ages, although some have age restrictions. In the manga world, there are a number of genres to pick from aside from the general genres such as horror, romance, and action. It is debated that manga a far superior to their anime counterparts and that the manga should be read first, before watching their anime. Albeit, there is no definite method to approach it, just do what entertains you. However, nothing beats the endless hours of reading an intriguing manga knowing that there are more volumes to come. Some genres are oddly specific and that is what interests most new readers, they are able to quickly find manga with a familiar style or approach as the one that has initially captured their attention. Day by day, there are more new and popular manga series to read, it is almost implausible to say that one would run out.

What are some of the best manga genres?

Slice of life is a genre that revolves around everyday lives. Whether it be a student life or an adult life, there is nothing better than lazing around all day to read about the struggles of the protagonist and how he/she is able to overcome them. Fret not, mangakas and storytellers will not bore one to death, as they are always trying to include plot twists and exciting moments to keep the reader continuing onto the next series.

This is a classic, there is no doubt that romance-comedy exists in all types of shows and is not exclusive to manga and anime only. However, Rom-com in manga has a slightly different feeling to it. Simply put, manga portray moments and stories that will only ever be fiction to the real world, that is why it is so exciting to read Rom-com manga. It feels possible for a scenario in the manga to happen in real life therefore, we accept it and have it make sense for us to continue reading it. Whereas in reality, these scenarios are often in our heads and far too distant for them to come close to a real-world situation. 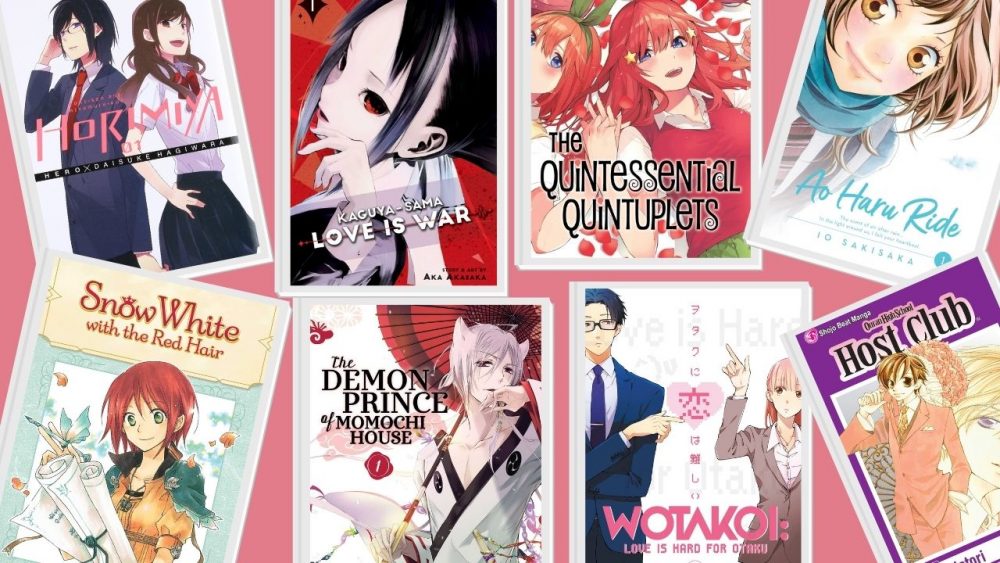 An exciting chapter in our lives, a period of time where one can stress, have fun, and experience things that can only happen in their teen years. This is what the high school genre is all about, it allows readers to feel relatable and some to reminiscence about their days in an institution. However, the high school genre is less specific than others as genres such as rom-com, a slice of life, and horror can all take place in a high school.

Perhaps one of the best genres exclusive to the manga world. Similar to a fantasy genre in storybooks and fairy tales, ‘Isekai’ stands for another world or different world, a world unlike or alike to Earth where things may function differently or similarly with tweaks. Most of the time, the characters are what draw the attention of Manga readers, with the detailed art and creative designs. The Isekai genre does not leave the readers anticipating for an event to happen, for example, a car crash, one would know the possible outcomes of the aftermath. However in an Isekai manga, one would never know what the storyteller has in mind for their readers, a magical explosion will not have the same outcome as a bomb will it?

Frankly, there are much too many genres in the manga world, therefore, these genres should be a good few to start out with. Whether it be reading on all-time favorites or starting fresh with the most recent mangas.

Manga and Its Genres